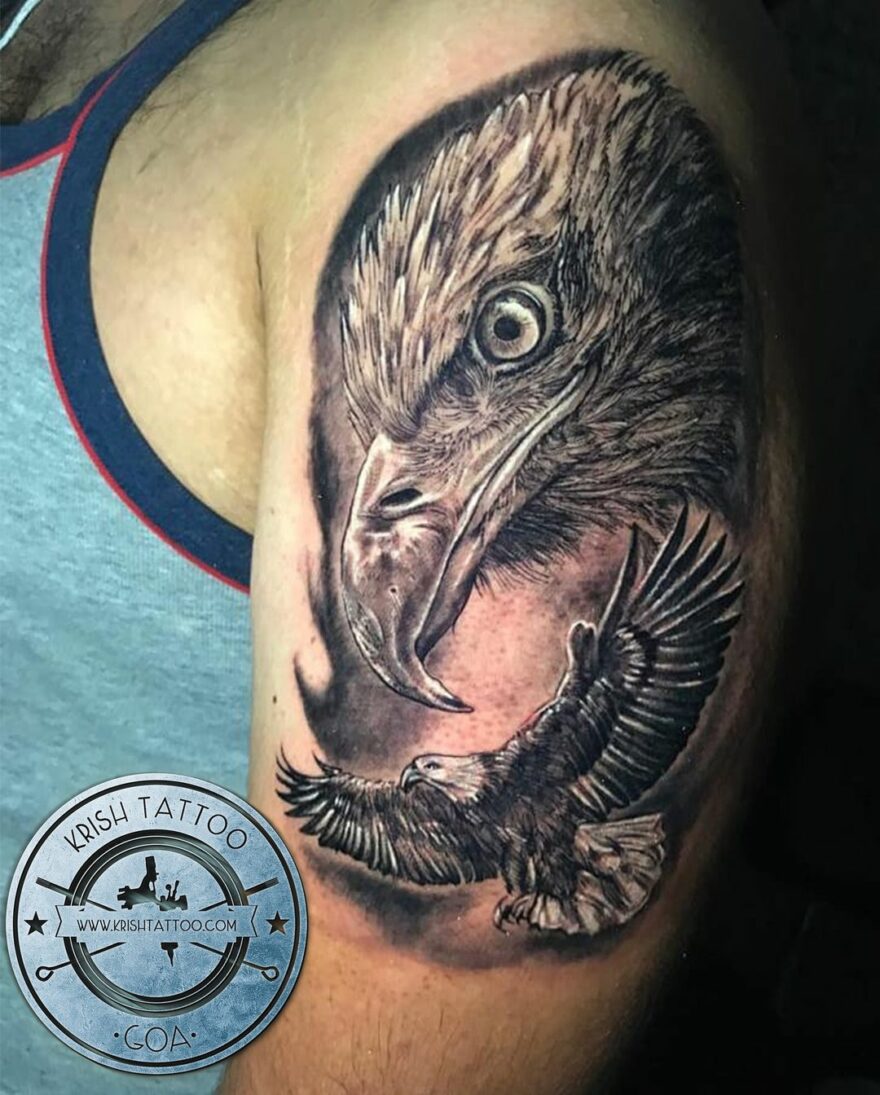 They are said to be the only creature that can look directly at the sun.

Because of their keen eyesight, they are often seen as a symbol of wisdom because they “see all.”

During a Native American ritual, if an eagle is spotted, it is seen as a sign that the message was received.

The eagle tattoo meanings can be summed up as:

Dominance
Freedom
Patriotism
Power
As eagles dominate their prey, so too do warriors and military leaders.